As Henry is over here in fullblown He’s Crafty mode, preparing for this year’s Halloween disaster, and I’m SICK thanks to my dumb kid, I figured I would post a Halloween costume retrospective because isn’t that what the true, professional bloggers do? Recycle content?

2006: Ice Cream Cone. God, those were the days. (Here’s a reprisal of that costume. At least I got my money’s worth.)

2007: Hobo? I guess this was a hobo. This costume cost nothing except for the black makeup stick we bought at the Halloween store.

2008: Frankenstein. Why am I having a hard time remembering this costume? (I do remember that the makeup job sucks because I was still at work when trick-or-treating was starting so dum-dum Henry had to apply it. Good job, Henry.)

This was also back in the days when I knew how to use my camera even less than I do now, if you can imagine.

2010: Psycho Clown!  This was another one that cost nothing because I already had that shit on hand from a photo shoot I made Christina do.

2011: Zombie Justin Bieber. This one kind of flopped, as evidenced by the ZERO people who could tell what he was supposed to be, haha.

Also that year, we went to a Halloween party so Chooch and I dressed up in our PJs and went as a Zombie Sleepover.

And he was a Zombie Dweeb at the Zombie Carnival at Monroeville Mall.

2012: Daryl from the Walking Dead. If you ever need to dress up as someone that no one will ever guess, come to me for ideas. I’m apparently chockful of ’em. (Seriously, that year’s Halloween really stressed me the fuck out.) You know what was awesome? Daryl became a wildly popular costume the next year, and Spirit Halloween was just LOADED with zombie ear necklaces, crossbows, and Daryl vests. Ugh to the infinite power.

Honestly, this one almost caused Henry and me to get fake-divorced from our LOLmarriage. 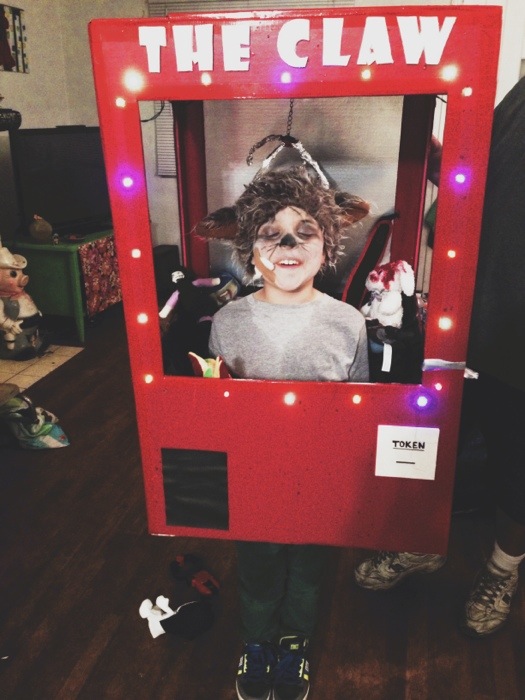 This was my favorite because it was soooooo easy. None of the kids understood it but it was a big hit with the adults! 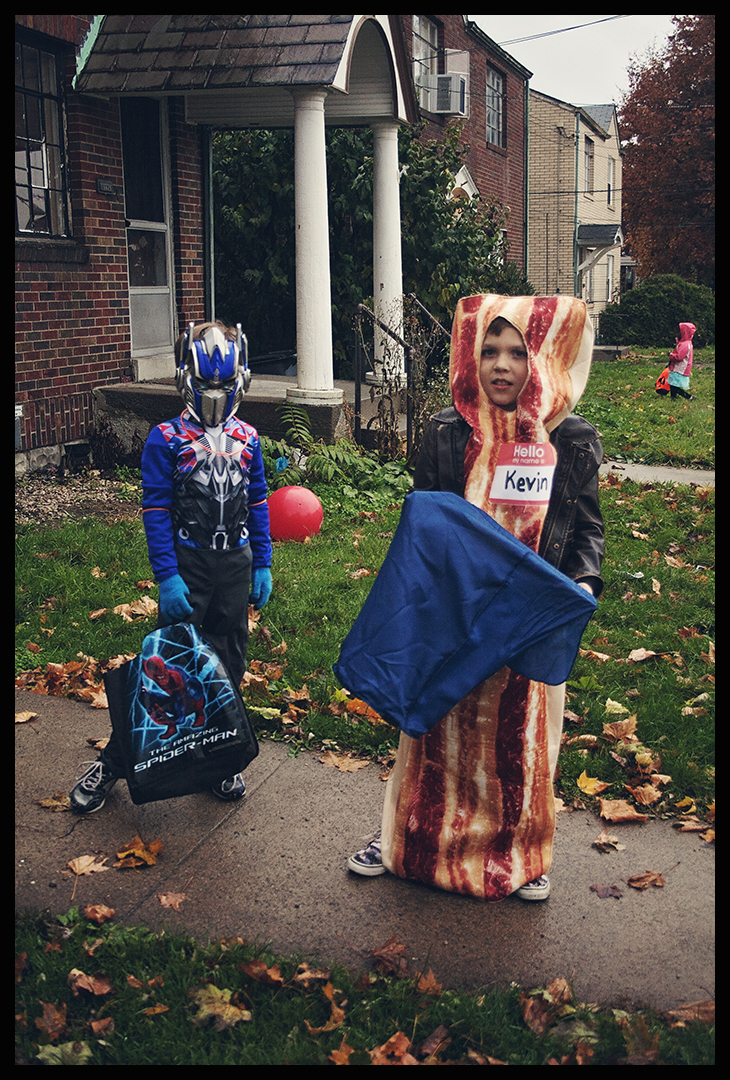 I don’t give a shit how few people got this costume, I was so proud of him for coming up with this idea on his own because The Lost Boys is the best.

I’ll leave you with a photo of him looking evil on just a regular day. Have a good weekend, boyyyy!