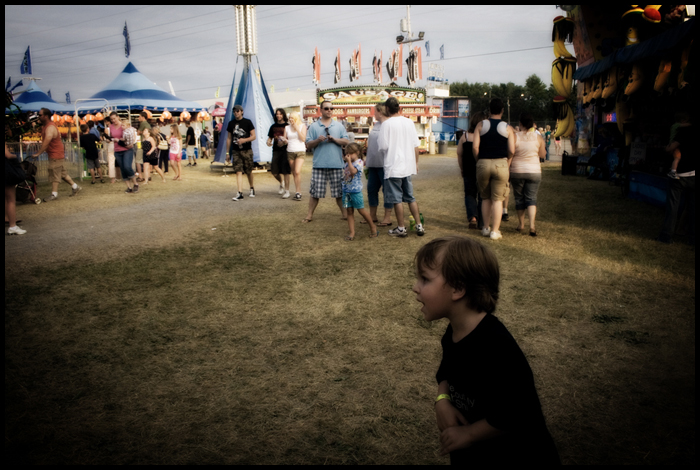 Life had been pretty rocky for the last few days for me, just all kinds of stress and relationship doubts that culminated into a four-day crying spree.

Something had to give.

I figured if anything was going to put a smile back on my face, it was the Big Butler Fair. And it ended up being the best day ever. Henry even held my hand! And he didn’t bitch once when I thrust my purse into his chest so I could run off with Corey to ride the Zipper and the Freak Out. The weather was perfect (although Janna complained constantly about how she hadn’t been that hot since she was stuffed in that mobster’s trunk on a particularly steamy August afternoon back in ’06).

We were still in the parking lot and Chooch and I were already cheering and tugging on Henry and Janna’s arms, in a feeble attempt to hurry them up. The motherfucking fair, you guys. THE MOTHERFUCKING FAIR. If that can’t make a bitch smile, then she obviously has just had to have her lips excised due to making out with Snookie.

Corey wasn’t going to go but he did! It could have been because I laid on the guilt via text. We were halfway there when he texted me back and said he decided to meet us there after all. AND HE EVEN BOUGHT THE RIDE-ALL-DAY WRISTBAND.

Secretly Siblings. Seriously, get a load of their twin mouths. Something was making them all disgusted and it definitely could not have been me.

This broad made me feel so patriotically inadequate. 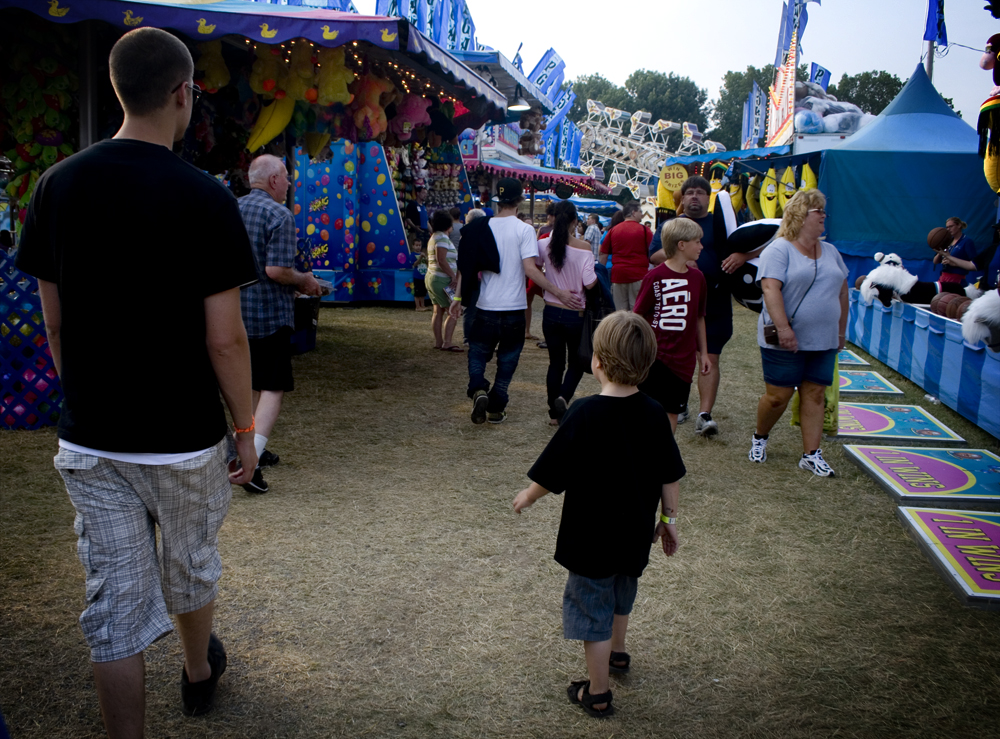 One of the things I love about fairs is that walking down the midway is akin to sashaying down a catwalk. Those carnies working the games really want to take that $5 out of your pocket and they will flatter you senseless in an effort to achieve this goal. If you’re a woman, they will have you feeling like the prettiest piece of pork this side of the Demolition Derby.

Even with melted remnants of my waffle ice cream sandwich (not as great as it sounds) on my flesh-intertube-covering t-shirt, these snaggle-toothed, dart-holding guardians of balloon-walls made me feel deceitfully attractive. Until I later went into the restroom and caught a glimpse of myself in the mirror, my hair whipped and knotted into a natural straw hat upon my head and eyeliner smeared under my eyes. I whined to Henry that I looked like  I just had a train ran on me in the middle of a barn by a gang of chubby chasers. In other words, I said, “I look like shit.”

“No, you look like you’re having fun,” Henry argued. Yeah, having fun competing for Ugliest Broad at the Fair.

But then I ran into the girl who actually did win the County Fair pageant and I felt much better about myself. I opened my mouth to start heckling her, but Henry was five steps ahead of me (he always is) and was quick to point out that her mom was right in front of us. (They were wearing matching dresses. Jesus.)

Corey got roped into riding the Sizzler and Tilt-a-Whirl more times than Tracy Gold throws up in a day, which is awesome, because those two rides make me, well—-they make me throw up more times than Tracy Gold does in a day.  Corey said during the ride that Chooch was talking about what it would be like if our cats rode the Sizzler. Apparently Willie, Marcy’s daughter, would be “really pissed.” Later, we were all on the ferris wheel together (not Henry though, he’s too scared), and Chooch mockingly sneered at Corey, “Ha-ha, I won!”

“How do you win at the ferris wheel?” Corey said, slightly annoyed at losing something he didn’t know he was playing.

I’m just glad they have conversations with each other now.

Chooch’s “Ask Me About My Zombie Shirt” shirt impressed the MC of the freak show so much that he granted Chooch free admission. Henry still had to pay though, and was all annoyed because Chooch wouldn’t stop long enough for him to get his $3 worth. I don’t know what that entails—looking for a glory hole behind the Fiji Mermaid?

Meanwhile, Corey and I rode the Zipper, which is absolutely my favorite carnival ride. I love it so much, it’s borderline compulsion when I see it. Somehow Corey has never been on the Zipper. And how do you explain the Zipper to a virgin rider? Normally I would say it’s like sex in a plane crash, but I didn’t want to say that to my BROTHER, considering we were about to be pinned down together inside a cage, with his right foot completely smashed.

Before riding it: It doesn’t look that bad.

While riding it: OMG ARE YOU KIDDING ME THIS RIDE DOESN’T FUCK AROUND.

After riding it: Wait, where am I? How was that even legal?

Seriously the best ride. And it allows me a good three minutes of vocal exercising for my forthcoming screamo release.

I run from Henry  all the time, too.

Did you know at county fairs, there’s basically no height requirements for the bumper cars? This is perfect if you’re Britney Spears or some other random, unfamous mom who enjoys putting her baby in vehicular peril. Most amusement parks want kids to be 46″ before they get the thrill of whiplash. God. Safety much?

Chooch can’t get with bumpy wit’ it at Kennywood, but he’s free to drive recklessly (or navigate, at least) at the county fair!

Looks pretty, right? So majestic? Too bad it’s the biggest cock-sucker of all the land. Fuck you, Skydiver.

Additional things to note about me, specifically when I am at carnivals:

Henry won two goldfish at ping pong ball toss, which he generally fails at, as he does with most things in life. I wasn’t too thrilled about this. Carnival fish never live long! Still, I accepted ownership of the gold one when Chooch so generously gifted it to me.

The very next day, the gold one died while Chooch was at his cousin’s house. I was pretty upset and worried about how he was going to react when he came home and discovered this. However, it took him about four hours to notice, at which point he sighed with relief and said, “Oh it was just yours that died! Thank God.”” And then, considering this for half a second, he began to heckle me over the loss of my fish. What a little fucker. Of course, his is still kicking. He named him Roger, which does not follow suit with our previously weapon-named fish. (RIP Switchblade, Grenade and Machete.)

I love the county fairs so much that I’m in the process of compiling individual photobooks of pictures and my blog entries for each one, because I get cheered up anytime I revisit them. (Henry thinks it’s a waste of money.) I hope I never outgrow that feeling.

Until next year, Big Butler Fair. :(