You know, because I’m such an influencer (*eyeroll*).

I saw this precious blouse in an Instagram ad and you know how fly-by-night those companies can be! But I did some research and the fact that the clothing was moderately pricey combined with finding the personal IG accounts of the artist & designer who collaborated with the company made me feel a lot more confident that I wouldn’t get scammed or receive something that looked like it was made in some middle school Home Ec class.

The clothing company is called Unlogical Poem and it appears to be based in Japan, but the distribution center is in China. So it did take about 3 weeks for my order to arrive, but they were very transparent about that from the get-go.

I love it! I will warn that everything there is free-size so I was nervous that it wouldn’t fit. Sometimes the arms will be very short, but this one fits nicely and I can tell that it’s made quality material! I love it so much and maybe one day I will have somewhere to wear it to?

I recently finished watching some pretty good shows that I will now list here for your consideration: 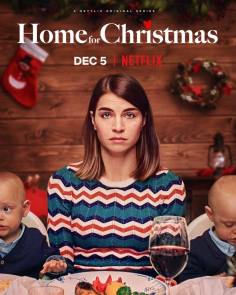 My current favorite song is Twice’s Cry For Me. The choreo gives me chills. I love mature Twice!

I mean, it should have happened a long time ago but Trump being banned from like every social media platform has me FUCKING GID-DAY up in this clown town known as my house. FINAL-FUCKING-LY. Now can Apple and Google pull Parler, please? DO THE RIGHT THING.

If you don’t have pets, how have you been getting through this week/last 4 years? I depend on my cats way too much, I think. The squirrels too. It’s so pathetic that when my work friend Margie called me yesterday, she said, “Sorry, I’m probably interrupting squirrel time” and I was like, “OK I actually WAS at the window but it was only to put out more peanuts, OK MARGIE.”

Here are some pictures of my baes from this week:

Clown Lap Cat Nap – my future band name. DO NOT STEAL IT.

OK, I’m starting to feel panicky and I’m on the verge of tears again because, America. So time to bury myself in a book. Have a fine weekend.