The best part about the end of December is that all of the major Korean broadcast networks put on these huge televised “song festivals” where the biggest songs of the year are performed and some of the bigger Kpop agencies put on “special stages” full of collabs and mashups, medleys and rearrangements. It’s really fun and some of the stages are CRAZY. I wanted to share some of my favorites here because I’m excited about them OK and I was a big advocate of “show and tell”  in preschool. SO LET ME SHOW AND TELL.

OK, first up is the one I have gone back and watched the most because it’s nuts. It requires some background info for any non-kpop fan to fully appreciate: So, one of the big Kpop agencies, SM, did this really genius thing where they created something more than just a Kpop boy band. They put together a literal LEAGUE of talent called NCT which stands for Neo Culture Technology and the whole point is to have members from various cities around the world (for instance: Johnny is from Chicago and Mark is from Vancouver). NCT is then split up into sub-groups: NCT 127 (127 is the longitudinal coordinate of Seoul on a map); NCT U; NCT Dream; NCT 2018 (features all of the members); and the upcoming Chinese subgroup slated to debut this month, WayV. I know, it’s kind of a lot to absorb and even I don’t fully know all of the members. For instance, Mark just “graduated” from NCT Dream and I don’t know what that means!? And I also just learned that the members of NCT U change based on each concept. IT’S TOO MUCH. But I think you probably get the gist.

Now, knowing all of this, one of the big stages saw each NCT unit performing a snippet of a song before coming together as NCT 2018 for the final song. It was so powerful and exhausting to watch, especially because Mark (the Canadian!) is in each unit and had to run from each stage to join the next group. There are days when I come home from work and don’t want to do anything but lay on the couch, but then I think of the NCT boys and I’m like, “Fine, I’ll do an old person walking workout or something, ugh.”

My NCT bias Haechan was sadly missing from this performance because he’s recovering from an injury. :( 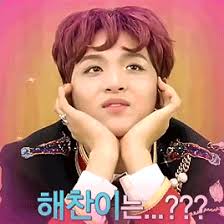 This next one doesn’t really need an explanation because Kai’s rose-in-teeth dance intro is um, more than enough:

Mino, a/k/a G-Dragon’s apprentice, has killer stage presence, and Winner as a whole always put on such fun and joyful stages – how can you not smile during this?! (Also, that’s my bias in the YouTube thumbnail for this, le sigh.)

Seulgi (Red Velvet) and Daehwi  (Wanna One) joined Sunmi for a collab of her song Heroine and I felt it:

I know, I know, where’s the BTS videos?! They were all over the end of the year shows, but what I really liked the most, even more than the medley of old songs they performed, was that they each did a portion of their solos. I really like when they get to shine as individuals because that’s when the casual observer can really understand why Kpop groups have so many members sometimes: everyone adds something to the mix! They are so talented on their own, and this really shows it:

(Not to sway your decision, but J-Hope’s and Jin’s solos are my favorites.)

However, while we were watching these over the weekend, I couldn’t help but feel that there was something lacking, and then of course I realized it was BIGBANG. Ugh, I hate this military hiatus! BTS might be the current kings of Kpop (well, let’s just call them the princes) and you guys know I love them a lot, but IN MY OPINION, they don’t have quite the effortless stage presence as BIGBANG. When I first started to poke around the rabbit hole of Kpop, I was instantly snatched by BIGBANG. I remember thinking, “Well, I like them but I probably won’t like, ever know their names or anything.” LOL flash forward to me watching video compilations of G-Dragon eating, learning Korean, and booking a flight to Korea. BIGBANG was my gateway drug, you guys, and I miss them so much that I will put on old videos of their music show performances and cry (I was doing that this morning, you can ask Henry).

Also, BIGBANG is UNDENIABLY the best-dressed group in all of Kpop Kingdom.

Well, there you go. Some videos to distract you from work or whatever boring thing you’re doing right now (watching your kids?).