Ever since my tooth saga was resolved, I feel like I have been living my best life. (#dramatic) So this past weekend was full of just straight-up relaxing and enjoying company, so basically what the season is actually supposed to be about!

Saturday night, we hosted a small work reunion. It worked out perfectly because Wendy had been asking me if I was going to have a Christmas party this year and I just didn’t feel like it, in true Scrooge-form. But then I was texting with our friend Sean who left the firm several years ago and we talked about getting together with Wendy, so I offered to host a small soirée at my place. We got BARB to come too and it was a nice evening full of cheese and alcohol and LAW FIRM MEMRIEZ.

I was really worried that other friends would get upset that they weren’t invited, but it really wasn’t a “party,” but more of a casual mini-reunion of sorts, and then I realized that this wouldn’t be an issue anyway since I’m not on Facebook anymore and Facebook is the devil when it comes to making people feel left out!

Even just hosting this little gathering made me miss having parties though so maybe sometime later this winter I’ll think of some random/strange theme and have a proper party because I really don’t see my friends enough.

I was in the middle of taking totally predictable pictures of my snack spread when Wendy and her clan showed up and then I didn’t take a single picture the rest of the night because sometimes you just gotta BE IN THE MOMENT – isn’t that what all the Instafamous bloggers are preaching to their followers in an effort to pretend like they actually have non-curated lives?

I didn’t realize it until that night but it’s been two years since I hung out with Sean, at my last Christmas party, actually, but we didn’t really get a chance to talk much then so he had no idea about my drastic lifestyle change, so that was fun filling him in about our Korean immersion. And then Barb said to me, “I’m trying to figure out who you look like me to now” but she said it in a way that sounded like it wasn’t going to be good. All the info she gave me was that she thinks it’s someone from a soap opera. She watches Days of Our Lives so maybe JENNIFER HORTON!? #IWISH

Do you know how hard it was for me to not talk endlessly all night about my new bias Jinu from Winner, though!? 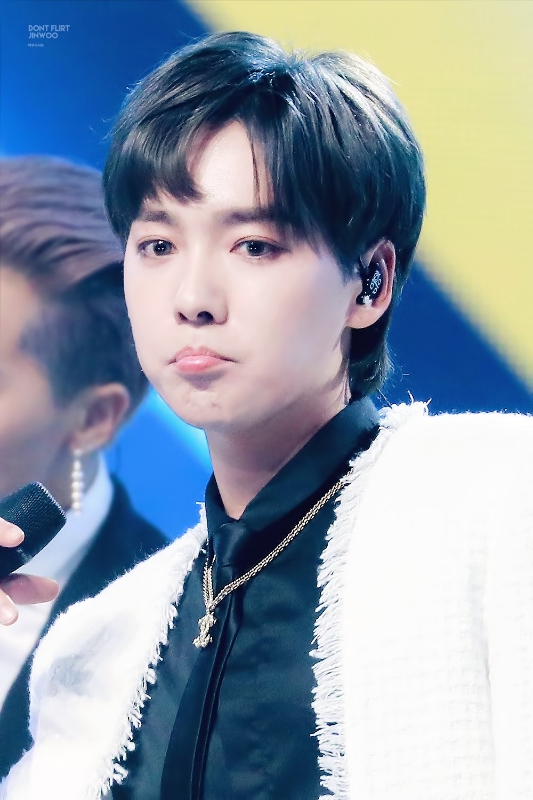 The next night, Blake and his fam stopped over so we could do an informal pre-Xmas. His friend is temporarily living with them and he has a kid two weeks younger than Calvin so we had them come over too and it was kind of exciting having some younguns around. They’re both still too young to give a shit about opening gifts but it was fun for the rest of us and that’s all that matters.

Speaking of presents, Chooch all of a sudden is super into wrapping gifts.

This was the best picture I could get before Calvin was on the move again.

The only lowlight of the whole weekend was GOING TO THE EYE DOCTOR on Sunday, which is basically just like a stripmall eye doctor chain and most of the broads working there are absolutely rude and joyless. I have to find a real eye doctor….But the whole reason I went was because I wanted to finally get a pair of glasses, something I haven’t had since my beloved BIG HUMONGOUS GIANT GREEN SPECS* broke and if you have been around for a while, you might remember that I bought those from Zenni Optical and had to make up a pupil measurement or whatever that is and it was clearly wrong because they were like looking out of fish bowls but I wore them anyway and  basically trained my eyes to see out of them which I AM SURE was just fantastic and eye doctors worldwide would applaud me.

*(Wow, that was six years ago. I have lived six years without any glasses, LOL.)

I only went back to this dumb place because they have this one pair of Candies frames that are exclusive to just this dumb place (I looked online first to see if I could get them anywhere else) and I really wanted them last year because they are black and the insides are bright pink which reflects off my face and I love that and the model is actually called BLACKPINK which hello is a great kpop group.

This time, I actually had a “professional” measure my pupil distance or whatever and I’m pretty sure the term professional should be used lightly because no one in that office seemed very educated but what do I know, I’m a fucking high school dropout.

…so maybe I do know.

The whole time I was sitting in the dumb waiting room, Henry was blowing up my Kakao with pictures of Jinu with curly hair, because that’s the ONLY JINU LOOK I DON’T LIKE.

Oh, I forgot to share this last week. Chooch had his picture taken with his little niece and nephew and Santa, but I was unable to be there because it was the night before THE TOOTH drama finally ended so I was extra-triple-high-strung and decided it would be in everyone’s best interests if I just stayed home.

Look, I wasn’t exaggerating when I said that my life was like ruined last week, OK.

It’s so much better now, though!

Anyway, that’s really all I have time to share for right now. We just came home from a really fun Christmas Eve (but really afternoon) around town and I am pretty tired. I have a full night of wine and K-Dramas planned, but first I’m going to watch some theme park vids because I’m an adult and I can do what I want.

Hope everyone is having a wonderful Christmas Eve!